AEPS-GROUP power converters of TESD series have been created as a result of modernizing popular DC/DC converters TESD, MR, MDM while keeping original footprint and pinout, to ensure possibility of “pin-to-pin” replacement. The series is meant to support serial equipment production, which uses previous generation units with no-optocoupler feedback. Also, due to widening of available power outputs and increasing power density, modernized TESD series brings consumers more possibility to modernize their own equipment without their power system modifications.

Constructional features: series units TESD are made in compact dimensions and together with high efficiency the units achieve unprecedented power density of 31 to 70 W/inch3. Case base has stiffening ribs and also serves for conductive cooling. Considering that all components are constructively connected to the base and submerged in hardened heat-transferring potting – resistance to and durability against mechanical stress is unique. Absence of optoelectronic components creates ability to work in environments with ionizing factors.

The units are optimal to be utilized in application fields 1, 2, 4, 5, 6, 8, 9 – for aerial objects at heights up to 15 km in unsealed and unprotected spaces: planes, drones, helicopters, hot air balloons and gliding devices, meteoprobes. Also applied in all types of land transport – railway locomotives and wagons, cars, tracked vehicles. The units are also an optimal fit for mining and radars. 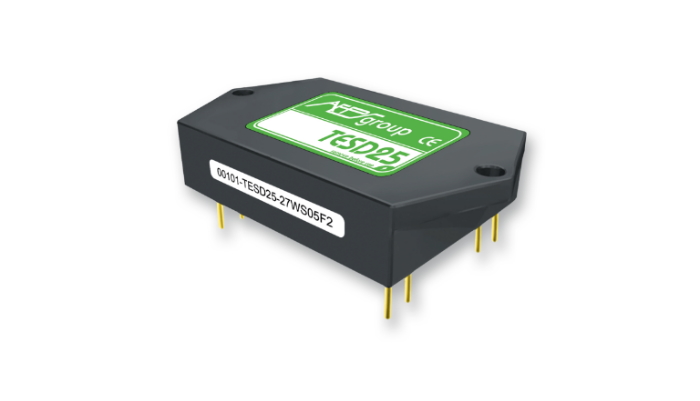